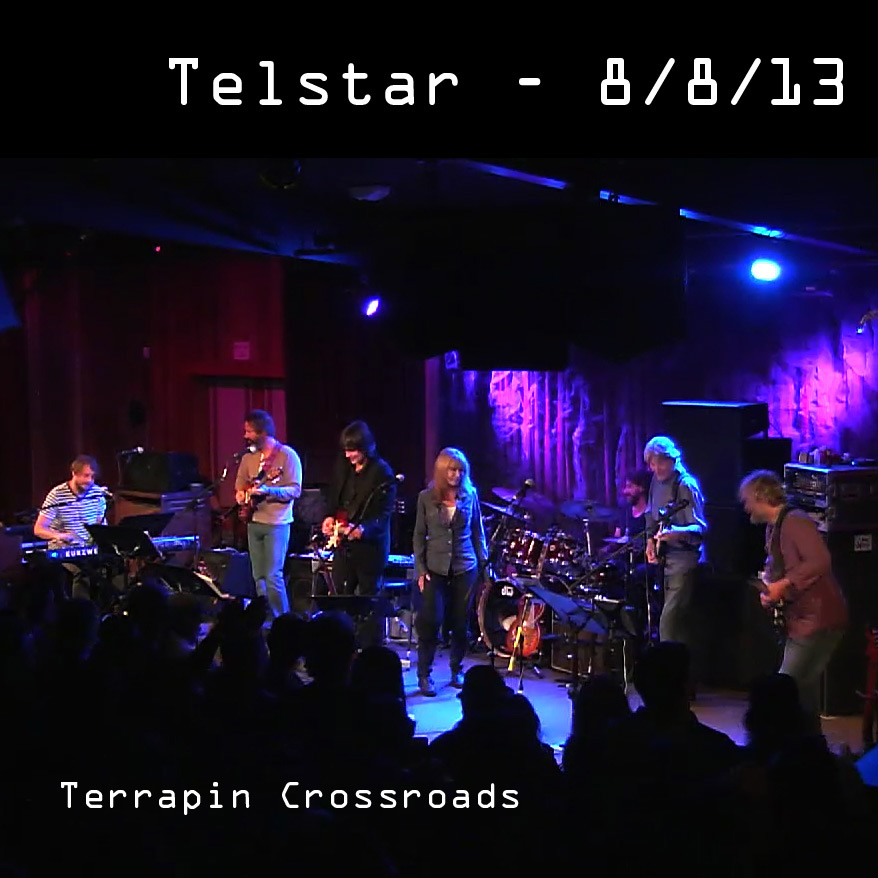 Reviewer: Thomas Howell - favoritefavoritefavoritefavoritefavorite - November 29, 2013
Subject: Excellent!
Great sound, wonderful to have another piece of Phil in exploratory mode.
from Jambands:
"Phil Lesh revived his exploratory, space-inspired Telstar project at Terrapin Crossroads last night with guitarist Anders Osborne, multi-instrumentalist Larry Campbell, guitarist Neal Casal, keyboardist Marco Benevento, drummer Tony Leone and singer Teresa Williams. The nearly 90-minute, improvisation-oriented set included a bit more singing than has been the case with the project’s past incarnations, which tended to be almost entirely instrumental. The show started off with a jam that segued into a take on “Deep Elem Blues,” with both Campbell and Teresa Williams providing vocals. Another jam then went into “Sugaree,” which featured Williams on vocals again. Next, Lesh sang on a rendition of “The Other One” before the band went into another instrumental improvisation. Osborne, rather appropriately, provided vocals on the New Orleans-oriented blues classic “Junco Parter” before the set came to a close with Bob Dylan’s “She Belongs to Me,” which was sung by Neal Casal."

Uploaded by Matthew Vernon on November 28, 2013